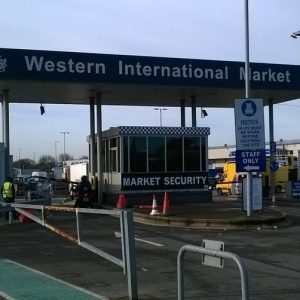 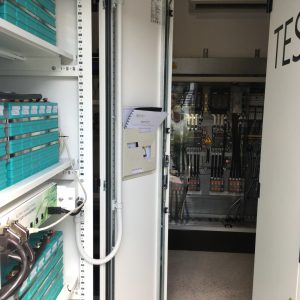 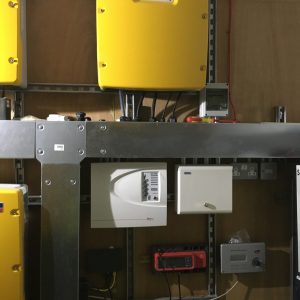 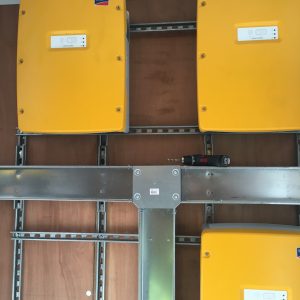 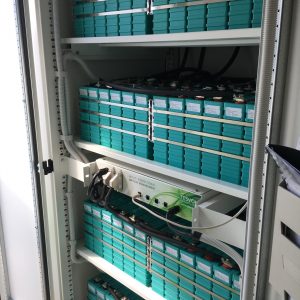 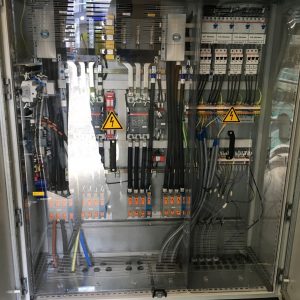 Western International Market (WIM), managed by London Hounslow Council, is West London’s largest wholesale market for fresh produce and flowers and provides refrigerated warehouse storage. Equipped with two produce halls, as well as a large flower hall, the facility services approximately 80 wholesalers and buyers from across London. Most sellers use cold rooms and refrigeration units, driving the site’s electricity consumption to 3.5MWh per annum. In September 2015, site owners Hounslow Council started a project to cut their electricity bills and rely more on a renewable energy supply. Working alongside several key partners, the council set about installing the largest solar PV array by a local authority in the UK to the space of the trading halls*.

Revolution Energy, a company with a strong history with the Council, specializes in solar PV installations and commercial battery storage as well as the field of energy management. According to Revolution Energy, this PV system system helps WIM reduce its consumption from the grid by nearly 45%, significantly reducing the Council’s costs and securing long term clean, affordable, and secure energy.

WIM is predominantly used in the early hours of the morning with most tenants vacating the site by 10 a.m. Daily energy usage is very similar over a six-day period. As the site is closed on Sundays, only a lower baseload of energy is consumed on this day. Typically, electricity consumption is highest in the morning, with a spike between 6:30 a.m. and 9:30 a.m. This peak has been identified as the electricity draw from forklifts as tenants finish their work and plug in their forklifts to charge for use the following day. However, this created a challenge, since PV production peaks in the early afternoon (dependent on the time of the year), and in the winter periods there is little to no PV generated in the morning, when demand is highest. In order to overcome this challenge, Revolution Energy Services added timer switches that lock off the circuits that charge the forklifts until peak PV production. These timers enable WIM to maximise self-consumption from the PV array. 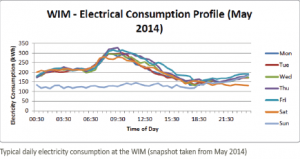 In addition, two Li120 lithium storage batteries were added to the AC side of the array, separate from the SolarEdge system, in order to store any excess PV energy during the day for base load consumption during dark hours. According to Revolution Energy’s estimates, this brings the PV energy export to the grid to as low as 9.98%; reaching the target set by the Hounslow Council and reducing the local authority’s carbon emissions by 791 tonnes every year.

“This solar PV and battery storage project demonstrates LB Hounslow’s aspiration to convert Western International Market to a carbon-zero site. It is a real business success story, and a great example of working together with Revolution Energy Services, SolarEdge, LG and Tesvolt to put sustainable energy at the heart of future plans. In addition to the financial benefits, the project will provide granular level M&V on system performance, carbon free power for decades reducing carbon dioxide emissions, thereby underscoring the Council’s commitment to environmentally friendly projects via the largest public sector financed PV project with battery storage in the UK.”